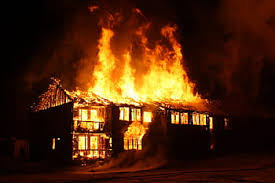 Six years ago, I wrote about my experience in the Burn Unit at Grady Hospital in Atlanta. Thank God I was not a burn victim, but I was there for four days…four days of hearing and seeing some of the most outrageous suffering that I have ever witnessed. You don’t want to be a burn victim! Never! So please read….

Which brings me to the subject of the week: During the last few weeks I have seen several folks in the process of putting themselves into the burn unit. The first was a young lady who was doing her vacuuming. She had one of those fancy Dyson vacuums that pull about 12 amps of electricity. She needed a little extra cord to get to the whole living room so she connected her vacuum to one of those little skinny brown six foot extension cords. That wasn’t quite long enough so she attached another skinny cord. I reached down and noted that the extension cord was very warm to the touch. Soon it would be more than warm; it would become so warm that the hot copper would melt through the plastic causing a shot circuit and perhaps a trip to Atlanta by helicopter. Never, never, never connect an appliance to an extension cord that is skinnier than the wire on the appliance. This includes refrigerators, weed eaters, irons, toasters etc. By the way using skinny extensions will cause the motor on that Dyson to burn up sooner because of something called voltage drop…That’s another story.

The other frightening thing was from Memorial Day where I noted a big charcoal grill on the deck fired up against the exterior wall of the house. The wall was made of wood…which often gets hot, catches fire and burns down the house. Get that grill away from the wall and any other combustible materials.

Finally- have you bought your fire extinguishers?  Have you? Fire extinguishers that are still sitting at the store and not in hour are like a gym membership when you don’t go to the gym-useless. After my stay at the burn unit I have three extinguishers in various parts of my house and three smoke alarms WITH BATTERIES. Don’t wait for the pain-do it now.

Ned Dominick has been inspecting homes in Macon, Warner Robins and all of Middle Georgia since 1978. He and his qualified inspectors have examined thousands of local homes. For more go to his website at www.housetalk.net.