How Do Contractor’s Make Bids 2022 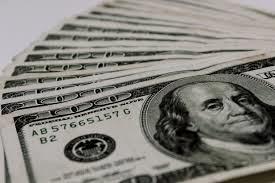 How do contractors come up with their prices?

Over the years the Marvelous Meggy and I have rehabbed and restored dozens of houses and buildings-mostly in Macon’s Intown Historic District or Old Ingleside. I remember some years ago, we needed to have a house re-wired so we began to get prices from electricians. We were stunned- One contractor bid the job at $15,000 to rewire the home, another wanted $10,000 and yet a third bid $3500-all for the same job on the same house. What was up with the wild pricing differences? All the electricians were licensed and all had legitimate businesses.

I spoke to a lady recently who had some floors in her house that needed leveling- once again there were wild prices differences in the job. Two contractors wanted about $5,000 to do the job but one wanted $9500! What was going on- it just didn’t seem to make sense.

There are a number of factors that are involved in pricing. The obvious ones are the contractor’s overhead which includes the salaries of his people and such things as trucks and equipment that he may be paying for. But the bigger issues in my experience have to do with two factors- The first is whether that contractor is really busy or really hungry. Obviously, if he is busy and his schedule is full then he will be feeling confident in giving a higher bid- -he can take it or leave it; but if he is hungry and hasn’t anything for his workers to do then he will take a much lower price. This usually happens in the winter between Thanksgiving and March-the slow times.

But the real kicker has to do with whether the contractor likes doing that kind of work. In the case of the electricians, the two expensive guys were very uncomfortable working on old homes. They were used to newer houses with sheetrock walls. But the lower priced guy had been doing old homes for years and they didn’t bother him in the least-just another job. The two expensive contractors figured that if they got the high price then it was worth the hassle. In essence, they were bidding themselves out of that job on purpose. It is good to find out who does the kind of work you need. For example, a commercial contractor might bid on the residential job but he will typically bid at least double! They don’t want it but they will take it for a big enough price.

On the home that needed floor leveling-the job required having most of the work done under the house. This would involve crawling around in a low crawlspace pouring cement and other unpleasant things in close quarters. The guy with the high bid was completely uncomfortable working under houses so his bid included tearing up the floors rather than crawling under the house where the close quarters freaked him out. However, if the customer agreed to his giant price, he would have taken the job. He should have simply told the customer that he didn’t want the job…

Finally for older folks, single ladies, and others with no background in construction you realize that there are predators ready to eat you up. You need to get at least three bids and get them in writing. You may need to find someone to help you choose or call me up to give you some perspective.

Ned Dominick has been inspecting homes in Macon, Warner Robins, and all of Middle Georgia since 1978. He and his qualified inspectors have examined over 30,000 local homes- For more go to his website at www.housetalk.net or give Ned a call at 478-738-0893.