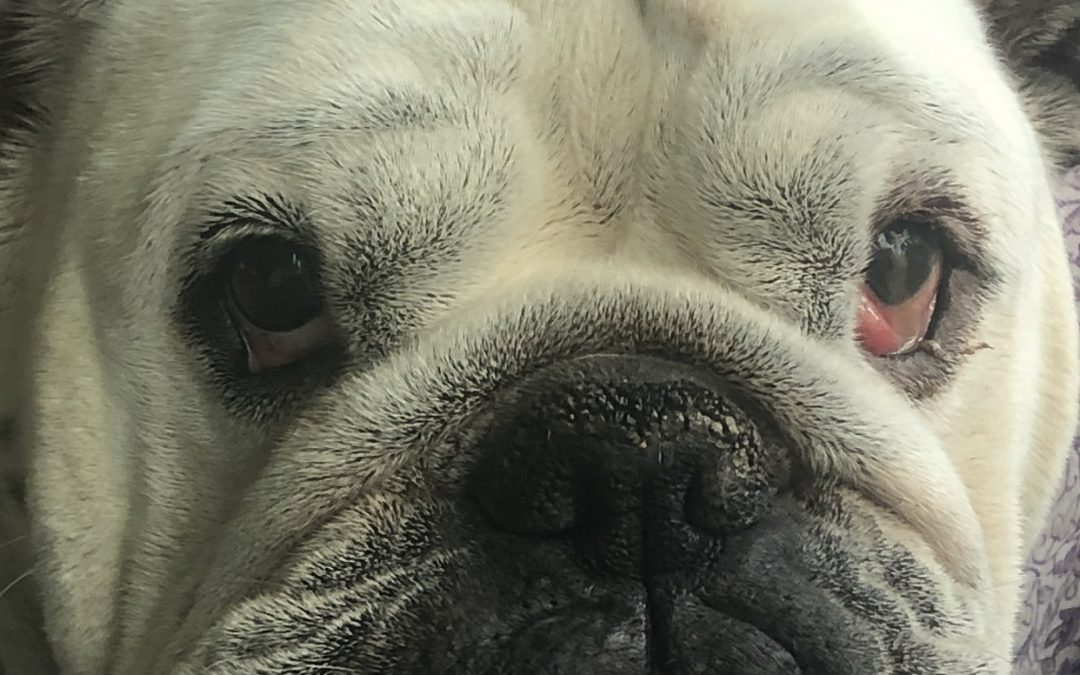 Do you ever wonder how writers of columns come up with new things to write about? For example, this week I was out walking around with my extremely large Pug better known as “Fatty Pants”.  I was stunned as I saw his enormous behind disappear through a relatively tiny hole under a metal utility shed. Curious as to what he might be doing under there I got down on my hands and knees and looked in only to be surprised by what looked to be a fully furnished dog living room! Indeed, he and his antecedents including a Boxer and a Weimaraner had dug out a large space under the shed and had been using this area as their clubhouse for years. There was a flat screened TV in the corner, a sectional couch, and a refrigerator…perhaps I exaggerate but you get the idea.

Eureka! I now had my subject for this week’s article. Pets and the amazing things that they can do to your house in the search of their personal comfort. Several years ago, I was inspecting a 1970’s vintage brick home in Macon. It had an unusually large crack that ran down the brick and also a similar crack inside the house in the drywall. The fact that there were cracks both inside and out was concerning in that it meant that the foundation was damaged rather than just some settling in the brick veneer.

So put on my crawling armor: coveralls, knee and elbow pads, and a dust mask and headed down into the bowels of the crawlspace. After clearing my way through a forest of spider webs, slopping through a muddy spot, I finally arrived at my destination. Everything looked fine until I noticed a shred of an old blanket by the foundation wall. A look with my flashlight revealed all. Years of dogs had dug themselves a nice sleeping cave directly under the footing of the foundation. As they dug out the soil more and more then the footing was increasingly unsupported by the soil until it simply cracked and settled resulting in interior and exterior problems. If only they had used the doghouse!

The cure for this problem was either very easy or very expensive. The easy solution was simply to pour several five-gallon buckets of concrete into the hole until the footing was re-supported. This however would do nothing to correct the settling. The expensive method was to call a foundation jacking company and have them lift the foundations back into the original position and then fix the cracks. If it was the home inspector’s house I would choose the cheap way! (I can feel the Marvelous Meggy scowling at me now)

This is only one of the things that Man’s best friend can do to our homes as he seeks comfort. One of the most common and most expensive items is when Mr. Dog decides to lift his leg on a favorite spot-the condensing unit of the air conditioner. Dogs love this area and after a few years of wetting down the air conditioner with highly corrosive dog pee then the aluminum fins break down and literally dissolve. After enough of this then it is time to buy a new condensing unit for a couple of thousand dollars. The best thing to do is to install a fence around the unit but make sure that it gives the unit plenty of room for air circulation around the sides and top.

I love my dogs…most of the time.

Ned Dominick has been inspecting homes in Macon, Warner Robins, Bryon, Forsyth and Middle Georgia since 1978. He and his qualified inspectors have examined over 30,000 local homes. For more go to his website at www.housetalk.net or email Ned at askned@housetalk.net.