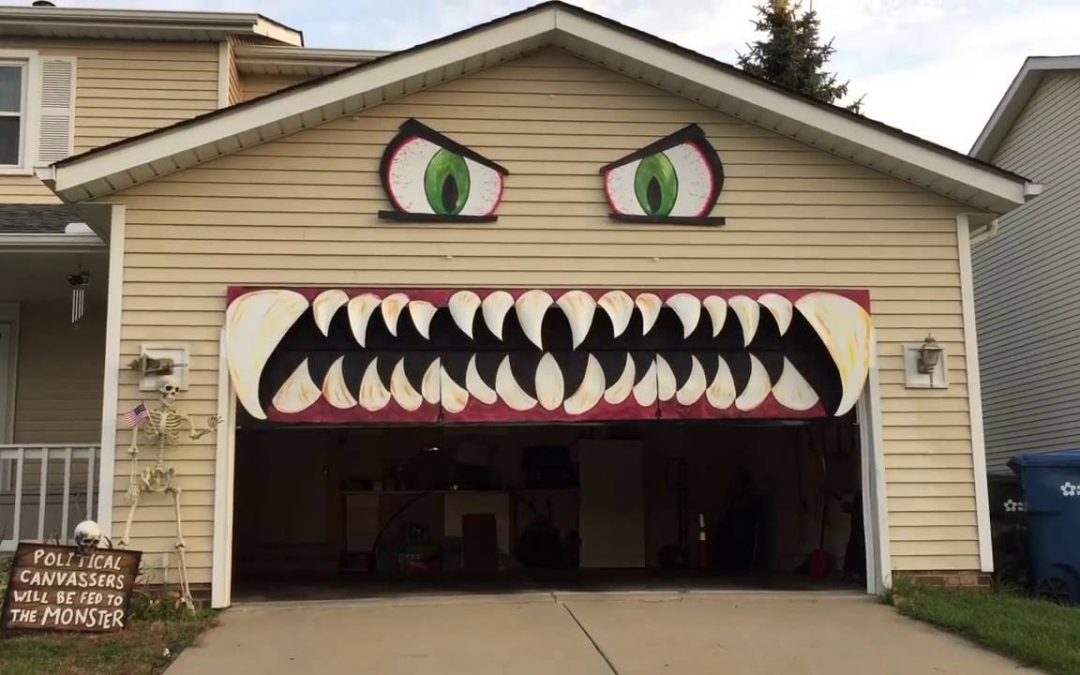 Off with his Foot! Garage Doors!

My beloved son was boarding a plane this week when a crazed automatic door closed on his foot and didn’t stop! The door took a large chunk out of his shoe and had just finished knocking a lady across the room…My son’s comment was that he will no longer stick his arm into an elevator door expecting it to open back up or any other door systems with “so-called’ safety devices…

Which naturally brings me to your automatic garage door. Did you know that there were 46 confirmed deaths of children being crushed by garage doors between 1982 and 1990? That’s a rather old statistic, right? Believe me, the injuries and the deaths keep right on coming.

In 1992, Congress wrote a law requiring safety devices on garage doors which usually consist of a sensor that will reverse the door when it hits something solid- like your dog and a photocell electric eye which is supposed to stop the door if something breaks the light beam…These are great devices when they work! However, since most garage doors are fairly junky aluminum structures on rather flimsy tracks then they tend to get stuck, or reverse when they are not supposed to -generally frustrating people to the point that they simply bypass the safety devices…and it is simple to bypass them.

As home inspectors, we see that these devices are bypassed or not properly functioning in many, many homes. So, let me freak you out about your garage door. Notice the large, coiled spring at the top of the door system. These springs are rated to be able to handle as much as three hundred pounds of tension-they are attached to the doors by metal cables and should be set to be balanced to the weight of the door.

These springs break from time to time with some interesting consequences! One is that the heavy spring occasionally will fly across the room and put out your eye. Also, let’s say you have one of these really nice garage doors with insulation and wood veneer, these are really pretty and really heavy-think a couple of hundred pounds. The spring breaks and the 200-hundred-pound door crashes closed and cuts your cat, or dog, or child in half!

None of these last issues are even addressed by the safety controls. I spoke with a garage door man this week who says that the pressure sensors on certain door openers seem to change their sensitivities when the weather becomes hotter or colder. Did you know that? This means that the opener should be rebalanced a couple of times per year. Have you EVER had your door balanced or scheduled routine maintenance? Of course not…until today.

So, just another item in the incredibly complex thing called “your house” that you need to keep an eye on. By the way keep your kid’s fingers away from the sections in the garage door as the pinching injures or finger amputations number in the tens of thousands every year! It is also recommended that you not try to beat it out of the door as it is closing which simultaneously avoiding the electric eye…I have done it hundreds of times, but I think I will stop.

Ned Dominick has been inspecting homes in Macon, Warner Robins, Forsyth, Bonaire, and all Middle Georgia since 1978. He and his highly trained inspectors have examined over 27,000 local homes. For more go to www.housetalk.net or call Ned up at 478-738-0893.