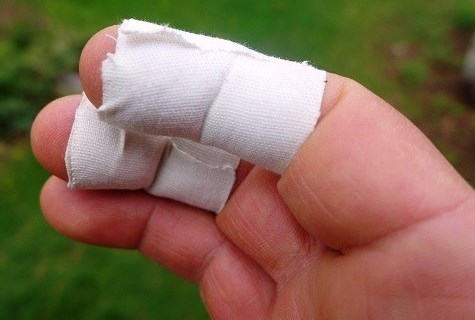 If you manufactured garbage disposals what would you name them? Try these: Bone Crusher! The Little Butler (nicer), Badger(where did that come from?), and for the

The things that people put down their garbage disposals boggle my mind. A disposal will not eat a broken glass bottle-perhaps a thin wine glass but a coke bottle, No! I once had a disposer that would shake and vibrate so that I thought the house would fall down- it turned out that it had some heavy debris hung up in it that caused it to be out of balance which in turn caused it to freak out. Someone wisely suggested that I turn off the power at the circuit breaker in the panel and then look down into the maw of unit so as to dig out the offending material. With flashlight in hand and a long screw driver I performed surgery only to discover the twisted remains of a bent fork jammed in the masher blade…not good. Once the fork was extracted, the disposal regained balance and worked fine. Moral of the story? Don’t leave forks in the disposal. Duhhhh..

In normal life, you will probably encounter a time when the disposal will hum for a minute but not turn on. The unit is likely jammed with some debris that was more than it could swallow. When it jams then the motor begins to heat up and a circuit breaker mounted on the bottom will trip thus saving the motor. The manufacturers of garbage disposals knew in advance that this would happen, so they equip each disposer with a small wrench that fits into a socket on the bottom of the outside of the unit. With the motor turned off insert the wrench and turn it so as to break the jam loose. Once the motor is free check out the inside of the unit to see if there is a fork down there or something else that should be pulled out. Then reach under the unit and find the small circuit breaker button that has popped out. Push it back in and then try the disposal again. This should do the trick. If you have lost the wrench you will discover that most large blade screwdrivers will fit into the socket and you can twist it with the screwdriver.

Due to the fact that we are always grinding up organic waste such as old meat and vegetables, often slime will build up inside the unit which will ultimately rot and stink! To clean this slime out some people throw some ice cubes into the disposal and grind them up which acts as a sandblaster cleaning out the slime. To prevent slime from coming back you should run the water for thirty seconds after you think that stuff is ground up as this will wash the finer debris that is hung up on the interior.

Not everyone should have a garbage disposer. If you are on a septic tank do not use a disposer as you will cause the septic tank to over eat-ultimately clog up and cause un-pleasant and smelly repercussions in your yard or your bathroom.

Ned Dominick has been inspecting homes in Macon, Warner Robins and Middle Georgia since 1978. He and his qualified inspectors have examined over 30,000 local homes. For more go to his website at www.housetalk.net or email Ned at askned@housetalk.net.