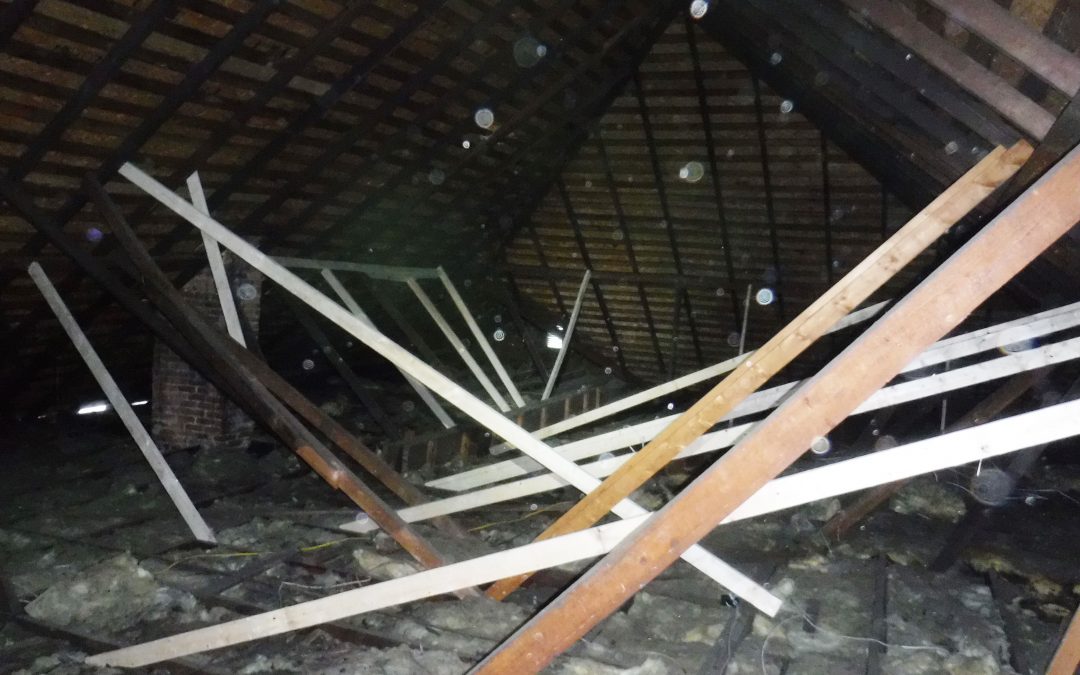 Don’t ya’ just love it when the plans of crooked people are stymied! I sure do…I have written many times how older people, usually widows are targeted and ripped off by wicked contractors… Did I just use an archaic word like wicked? Yep. Once in a while, they end up taking their own medicine.

A few weeks ago, an elderly lady called us to check out the repairs that she had contracted with what appeared to be a well-established and professional company. The job was sizable and included repairing two central heating systems, re-roofing, and re-supporting the roof structure. The addition of cabinets, interior paint…on and on for nearly $50,000. Usually, we get called after the contractor has received his money and the trusting old people have been screwed. But not this time…no, this elderly seemingly defenseless woman had not just fallen off the turnip truck. She had not paid them until the work had been inspected. Yippee!

“Mr. Dominick would you have an inspector come out to inspect because the contractor wants his money”, asked this wiley old bird. So out we came.

At first glance, things looked pretty good. There was a new roof and some signs of painting having taken place or in process. But then we looked a little further. One of the main issues of the roof was that it was not structurally strong enough to support a modern roof load including the weight of plywood decking and shingles, The 2×4 rafters were sagging and cracking in some cases. They had agreed to install two layers of secondary bracing to carry the load. Whoever did the structural work was either under the influence or simply didn’t have a clue. The result of their labors was a mass of long 2x4s adding little or nothing to the strength of the roof, It looked like someone had played pickup sticks with giant sticks!  A good flat line wind or an ice storm would have taken that roof down!

The two heating and air systems still didn’t work and in fact the ductwork had collapsed into various disconnected segments under the house. Yet the contractor was asking for payment. Don’t forget the remodeled bathrooms that didn’t have any sinks or toilets installed…what!? The list went on and on, broken promises- incomplete or shoddy work. I am so glad that the shoe is on the other foot as the contractor will undoubtedly threaten and posture about lawsuits and liens- but he will have to be the one to hire the lawyer and with the inspection in hand his lawyer will probably advise him to back down. Hopefully, our customer will not allow them back on the property.

The usual story in such a situation is that the contractor has extracted all or most of the money up front leaving the ripped off customer with the option of suing for the money or just taking it on the chin. Since most construction attorneys won’t take a case against a contractor for less than $10,000.00 up front then most end up losing out.

It’s not unusual for a contractor to expect about 25% of the money to get started for materials etc. but make sure of their reputation, whether they are licensed with the State and then watch carefully to see that progress is being made as they begin asking for money. If you don’t know what to look for then hire an inspector who does…like our savvy customer in this article. Good job Grandma!.

Ned Dominick has been inspecting homes in Macon, Warner Robins, Bryon, Forsyth and Middle Georgia since 1978. He and his qualified inspectors have examined over 30,000 local homes. For more go to his website at www.housetalk.net or email Ned at askned@housetalk.net.