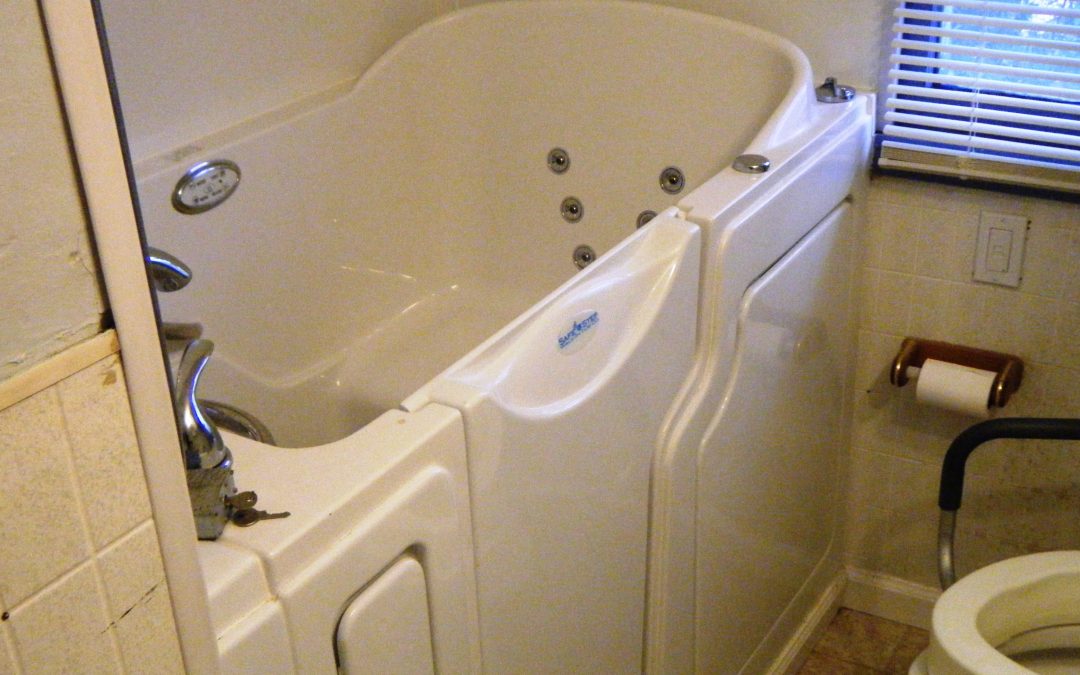 What can worse than stepping out of a hot bath into a cold room???

Every time, I see that advertisement for those amazing “walk in Bathtubs” all I can think of is what it must be like sitting in the tub, all nice and warm and then waiting as the tub slowly drains while you begin to shiver. You can’t get out until all the water has drained or you will flood out and destroy the bathroom!

So, I decided to do some informal polling on my Facebook site and see what people thought of them. I was surprised by the great interest and the reactions. Out of 31 comments two people really liked their tub. One person even installed infra-red heat lamps over the unit to keep them warm as it filled and drained. The rest of the comments were not positive including an interesting one from a real estate industry person who noted that if one of these tubs was installed in a master bathroom and you were attempting to sell the house to a younger family then they would really be put off by not having a conventional tub.

As I researched, I discovered some more troubling issues regarding some actual dangers and deaths coming from the tubs. In many tubs, the doorway swings inward which allows the weight of the water to hold to the door tight against the seal. In one case a very elderly man slipped to the bottom of the tub after it emptied but could not open the door to get out because the door swung against him- he was found three days later and subsequently died in the hospital. Sheeesh- talk about wet and cold.

More recently the tub doors have been designed to swing outward to prevent folks from getting stuck- but then you had better hope the door is well designed as there is a lot of weight of water trying to blow that door open. Kind of reminds me of the old submarine movies where a sailor would spin the wheel on the watertight door to lock it tight as the poor sailor on the other side peered through the round window………..

The bottom line is that these tubs are very expensive and are not widely loved…so there are some good alternatives. If you are not wedded to a bathtub (I must have one!) then the best thing is a wheelchair accessible shower stall which is designed so that there is no threshold at the entry. A wheelchair or walker can roll right in without a bump and the way the floor is designed the water all stays in the shower.

If you must have a tub- Yes! Then there are some sliding chairs that will slide over the top edge and will let you use your old tub. Then the best- and most expensive is a Japanese style tub which is really like a hot tub set into the floor. These are really big and allow for many ways to get in and out.

I have a friend in Connecticut who suggested that we hire Helga the Viking woman to simply pick us up and get us out…Yes! Helga!

Ned Dominick has been inspecting homes in Macon, Warner Robins and all Middle Georgia since 1978. He and is qualified inspectors have examined over 27,000 local homes. For more go to Ned’s website at www,housetalk.net or call him at 478-738-0893.